A Brief History of Mickleton

Mickleton is located in the most northerly conservation area of the Cotswold District within the cusp of three shire counties. The village lies within the flat countryside of the Vale of Evesham and the limestone escarpment of the Cotswolds and has characteristics of both areas. Mickleton is not a typical Cotswold village but a mixture of architectural styles from red brick buildings, Cotswold stone, old black and white timber and modern housing. 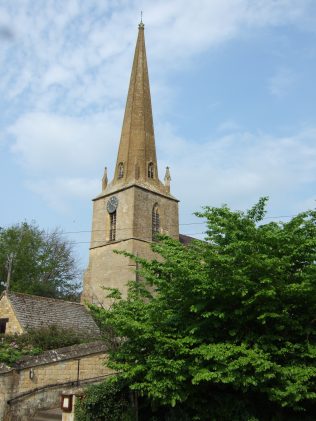 The village is dominated by the church spire surrounded by an informal layout. The street pattern and the many alleys make it an interesting village to explore and an easy place for the elderly to get around. It has ideal flat areas to create a playground and fields for football and cricket. Mickleton has the appearance of a working village making it unlike many of its picturesque and well-ordered neighbours.

The village has a long history stretching back to the times before the Domesday Book. Meon Hill, with its Iron Age hill fort forms an impressive backdrop, providing a commanding view of the three shire counties. The Black Death in 1349 killed 50% of the population. Following the Dissolution of the Monasteries the manor was leased from the crown to the Porter family who established a charity that still provides support for the church and the school. The Poor Land’s Charity of 1612 provided land for the parish that is well used and cared for by allotment holders. Located throughout the village are several wells, which nowadays are planted with flowers and looked after by individual villagers. Water came to the village in 1898.

The historic core of Mickleton is compact and has retained its essentially linear form and traditional character; it includes the north eastern section of the High Street, parts of Mill Lane, Chapel Lane and the area round St Lawrence’s Church. These sections are all included in the Mickleton Conservation Area, which is seen as the core of the village and respected as such by all villagers and protected from inappropriate development. Medford House stands in this area and architecturally is a delight to the eye and very interesting as it was built during the transitional period from Tudor Cotswold style to Queen Anne Classical.

Mickleton has a good public transport system that is supplemented by the community Hedgehog bus, a facility that is essential as we have the highest proportion of elderly in the North Cotswolds. An important feature of the village is the Pudding Club located at The Three Ways House Hotel. The Kings Arms provides visitors, walkers and locals with a place to refresh and replenish their energy with good food and drink. The Butcher’s Arms in Chapel Lane is ideally located for the exchange of ideas, darts and skittles.

There is a very caring residential home for people in need of care at the Four Seasons in Back Lane. There is also a substantial amount of bungalow accommodation for the elderly and infirm. There is a sheltered housing scheme with many services and activities, which involve village participation.

St Lawrence’s Church dates back to c1200 and has many fine features including a two-storey porch, broad aisles and a ribbed and brocaded spire. Both the Anglican and Methodist churches house a war memorial in the form of a scroll of honour naming all the dead of the First and Second World Wars. The Anglican churchyard has the grave of a Belgian soldier who died of wounds inflicted in the 1914-18 War. Belgian soldiers were evacuated by sea after the Battle of Yser. Norton Hall in Mickleton was turned into a hospital and housed many of the evacuees. A tree in Bakers Hill Wood has a carving of a Belgian soldier dated 1914. Preservation work has been carried out to prolong the life of the tree. The village walk is carried out twice a year and led by the Village Warden who points out the grave and the carving. Burnt Norton to the south of the parish was visited by T.S. Eliot and provided him with inspiration for the famous Four Quartets, one of which is named Burnt Norton.

There are several publications that identify the history and function of the village charities and a book written by the ladies of the Women’s Institute of Mickleton, “The Story of our Village from 1850-1957. The history of the Mickleton Soldiers of the Great War was published in 2002. Every Mickletonian who enlisted is tabled in the front of the book, which identifies all who died with a description of the actions in which they fought.