This achievement was quite remarkable as one of the the major landmarks in the village had disappeared.  The judging for the competition was carried out soon after the three magnificent old chestnut trees that had graced “The Plantation” in the centre of the village had been reduced to waist height and below due to their age and perceived lack of stability in high winds.  Fortunately for the village the Parish Council at the time was able to convince Glos Highways that it was their responsibility (which was highly questionable) and they undertook the removal of the trees at no cost to the village.
Attached are two photos of the awards being received by the then chairman of the Parish Council at a small ceremony on the “Plantation”. 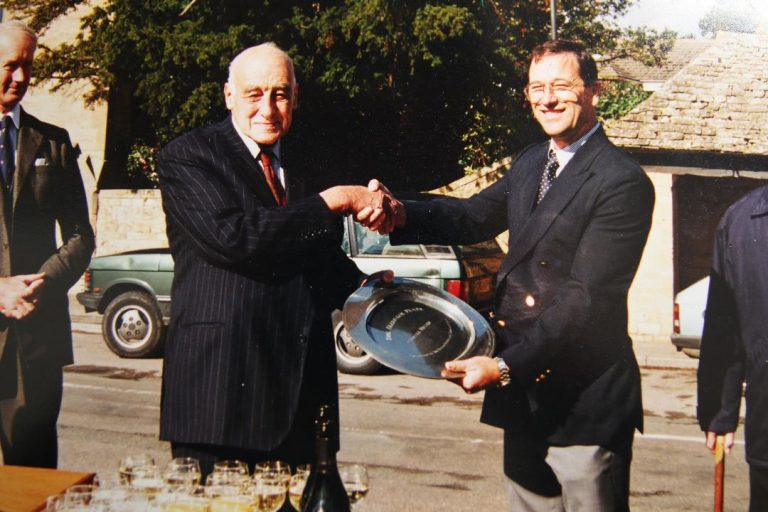 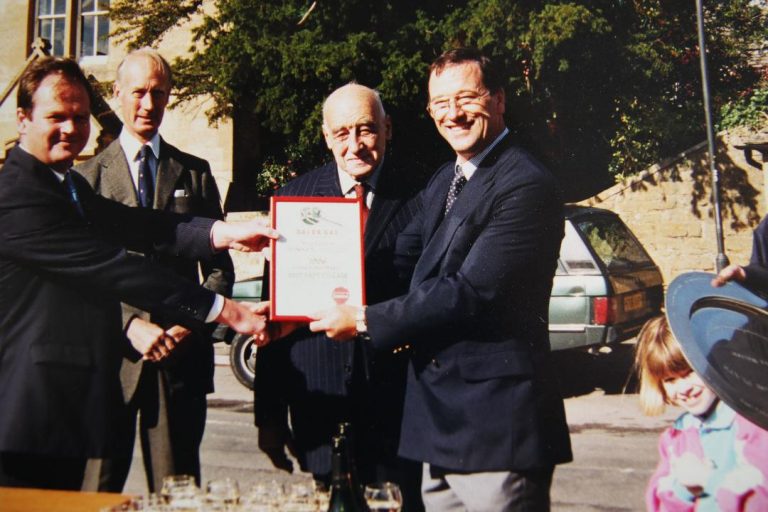