You are here: HomenextPeoplenextMickleton lad on the Western Front in WW1

Mickleton lad on the Western Front in WW1 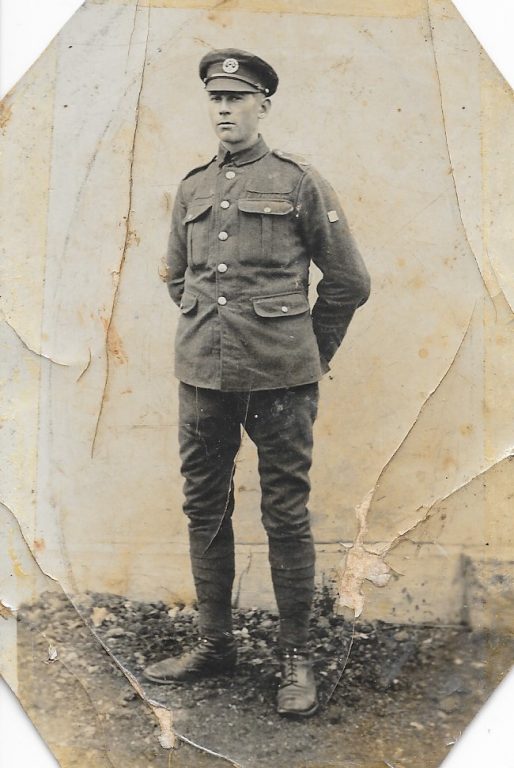 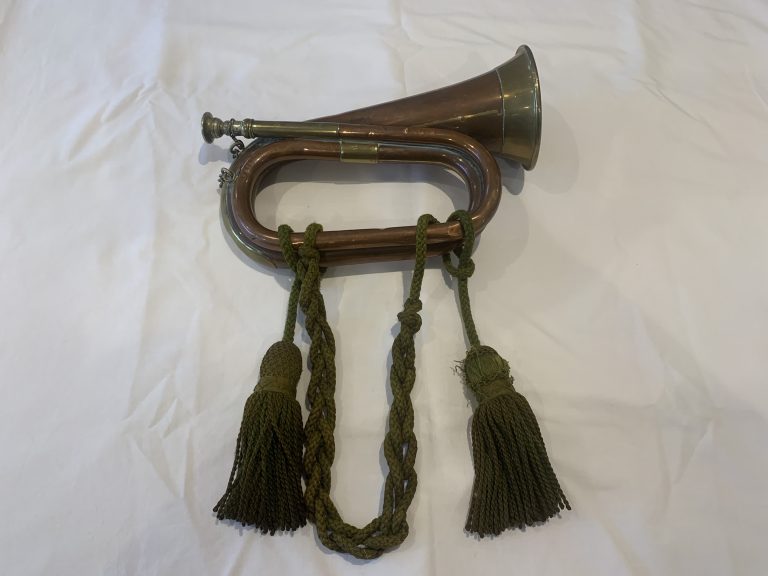 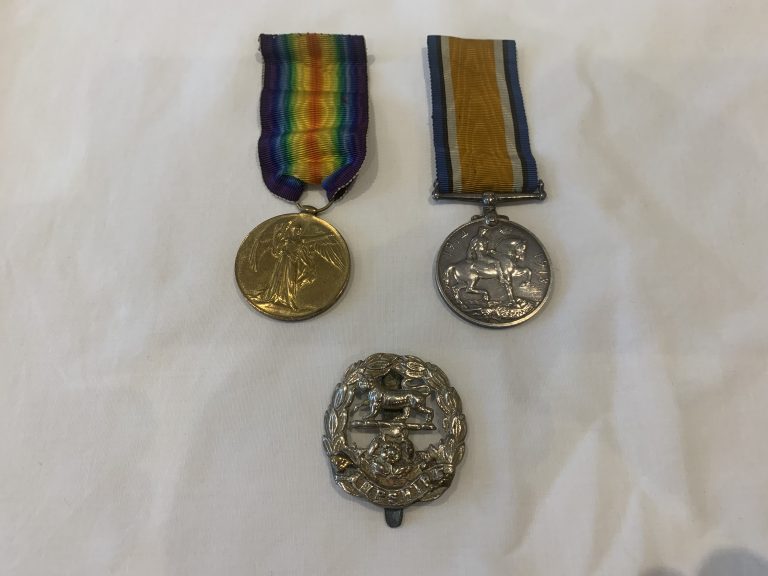 The photo is of William John Cowley (Bill Cowley – my Grandfather) in his army uniform. He joined up in 1917 well short of his 18th birthday, lying about his age as many young men did. He joined the Royal Hampshire Regiment, 2nd Battalion and we believe his bugle was issued at that time as it is also dated 1917.

His cap badge shows the regiment symbol, a royal lion above a Tudor rose. It was from that symbol that the regiment got its nickname “The Cats and the Cabbages”.

Bill served on the Western Front for the rest of the war and was involved in decisive action that turned the tide of the war. He also took part in the Final Advance and then marched into Germany with the Army of Occupation after the Armistice. He told us how shocked they were as young soldiers at the terrible conditions of the ordinary German people.

His bugle was always with him and by the end of the war, he must have sounded “The Last Post” countless times. Bill was reluctant to talk about his WW1 experience and the horrors of trench warfare but we were aware that he had seen things, at that time, that no 17 year old should ever see.

His medals are The British War Medal and The Victory Medal. His trusty bugle and the other WW1 family treasures are now looked after by Bill’s Grandson, John Dinwoodie. As a family, we are all very proud of Grandad Cowley and his service to his country at such a young age.