You are here: HomenextPeoplenextMickleton to Birmingham

A chicken goes for a ride 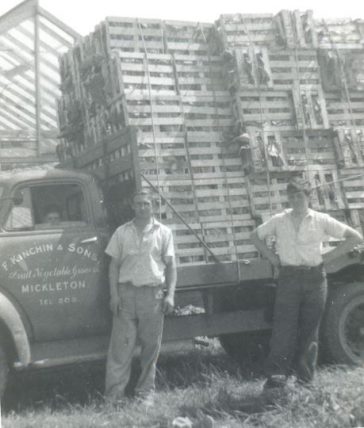 Well, my father used to run into Smithfield market in Birmingham and the lorry was loaded up the night before. He used to start off at about four o’clock in the morning to get there fairly early, and in the school holidays, myself and my two younger brothers, we used to sometimes go with him and that was quite a long day. We just used to go in for the ride. He unloaded it at the market and then the traders came in and bought it from there.

We used to keep chickens and this one day, I remember, we had some bantams that used to roost in the barn where the lorry was already loaded up to go to market and, it wasn’t until we got to Birmingham, that we realised that a bantam had been on the top of the lorry and had survived all the way! So he was put in a box and brought back home.