You are here: HomenextPeoplenextMickleton’s very own Dad’s Army 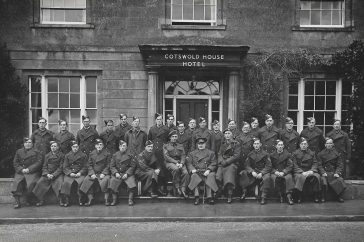 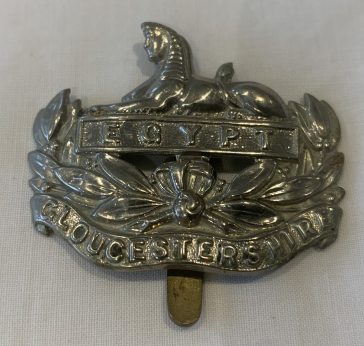 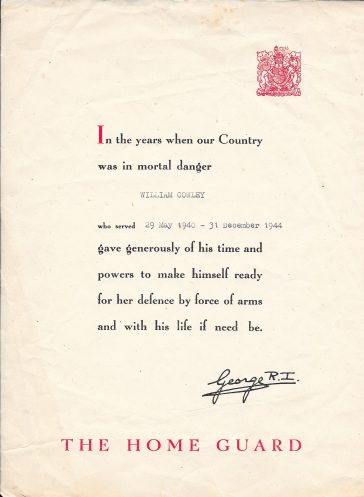 The group photograph is of the Mickleton Home Guard taken outside the Cotswold House Hotel in Chipping Campden. The year is 1944, probably around the time the Home Guard was stood down.

They look a very smart and well organised troop. My Grandfather, Bill Cowley is 4th from the right in the front row. I wonder if anyone recognises any of the other faces? It would be nice to put names to all of them. The Mickleton troop served under the Gloucester Regiment (see Bill’s cap badge with the Sphinx on it).

Bill was a well respected member of the Home Guard because of his service in WW1. The Mickleton troop was often referred to as “Bill Cowley’s Army”. My Mother, Daphne Dinwoodie told us stories about how they patrolled the village in one of Webb’s flat bed trucks. They also made the gun emplacement holes in the Manor wall, which are still there today. This was considered to be a strategic spot from which they would repel the enemy if they ever dared to advance on Mickleton!

Dad’s Army jokes aside, I have no doubt that if called upon to do so, they would have protected their beloved village and families to the last. I have included Bill’s letter from the King recognising his service in the Home Guard.