John Kinchin is “Mickleton born and bred”, having lived in Mickleton all his life. He attended Mickleton Primary School and Chipping Campden Grammar School. He went to work at the Evesham Journal in the front office so he met everyone!

Memories of the visit of Queen Mary in 1943 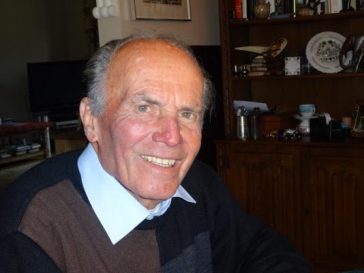 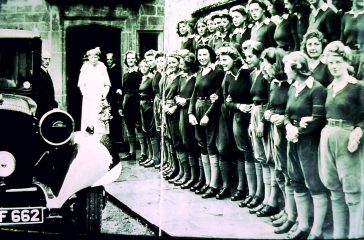 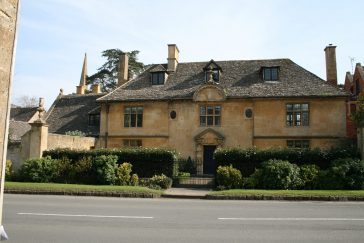 John did his National Service from 1955-57 where he attended the exams and statistical section of the officer cadet training school where he learned shorthand and typing. In the evenings he worked as a projectionist in the camp cinema.

In 1957 John joined the Evesham Journal

He was a trainee salesman selling advertising space. After a year working at Long Marston engineering depot John joined Saville Tractors’ advertising department where he worked for 38 years. John became advertising Sales and Promotion Manager when the company was the largest distributor of agricultural and construction machinery in Europe.

After retiring at the age of 60 John worked behind the bar at the Kings Arms for seven years. John has made a huge contribution to village life. He has been a bell ringer for 70 years, was the youngest Parish Councillor, a member of St John’s Ambulance, Captain of the Mickleton Football Club, played cricket for the village club and was on the School Management Committee.

John’s memories of the visit of Queen Mary in 1943 to Medford House have been recorded.

taken from an interview with Anne Gardiner