You are here: HomenextPeoplenextThe Meon Singers 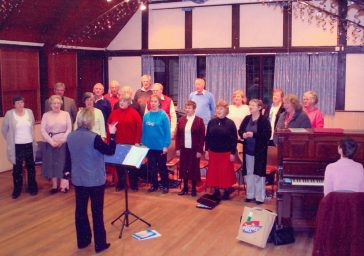 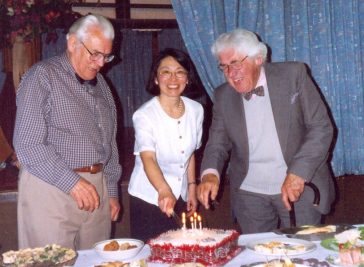 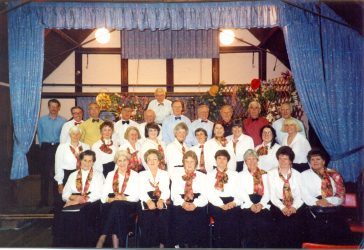 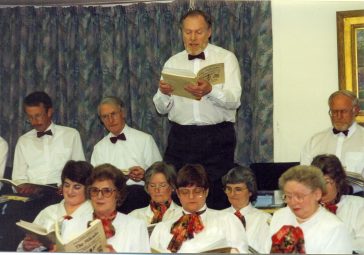 One January evening in 1976 Jim Wilmot, who was head of music at Chipping Campden School agreed to become conductor and pianist to about 25 all age, mixed ability, but very enthusiastic group of villagers from Weston Subedge and Mickleton.

That’s what we called ourselves too ‘The Mickleton and Weston Subedge Choir’, because we met one week in the school room at Weston and the next in Mickleton School.

Our first performance was on Maundy Thursday in Weston Church. One of our members was the vicar of Weston and he’d suggested ‘Jesu Joy of Man’s Desiring’ would be a good piece for us to learn for the occasion.

By late summer, in Mickleton the Queens Silver Jubilee Committee had started the ball rolling to raise money to celebrate in the village the following year. The Harvest Supper was revived to raise the first monies and we were asked to perform a few pieces as the entertainment. We haven’t looked back.

Since 1977 we have done two concerts each year here in the hall raising money over the years for many good causes.

We are still a mixed ability, all ages, but very enthusiastic group of villagers from as far afield as Sedgeberrow, Broadway, Campden, Broad Marston, Ebrington, Hampton Lucy and Mickleton. We still meet on Thursday evenings but now make use of King George’s Hall.

Over the years conductors have come and gone, none have actually given up on us, but have had to leave for whatever reason!