You are here: HomenextPlacesnextHonesty Box 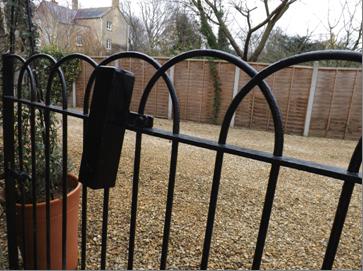 zoom
Photo of the side gate into Church Alley from Grey Gables showing the honesty box bolted on by Mr Bowld in the late 1960's.
Janet Walmsley

Folk using Churh Alley paid for vegetables, fruit and flowers grown by Mr Bowld in his nursery or his garden. The produce was placed next to the gate. Proceeds went to the church funds. Mr Bowld built the bungalow in the late 1960’s in what was the orchard of the Vicarage (now the Old Vicarage).

We do not know if he constructed the gate onto the path or if there was an earlier gate from the Vicarage grounds that he incorporated into his boundary. The inner case of the honesty box is missing…….

If you can add to this story please use the message box or contact by email.