You are here: HomenextPlacesnextMickleton Community Vineyard

In 2011 three hundred grape vines were planted on the land where the allotments are situated in Mickleton. 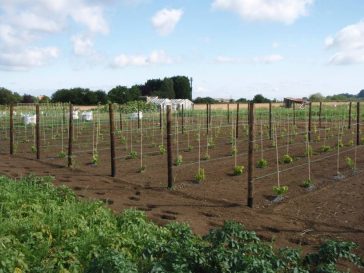 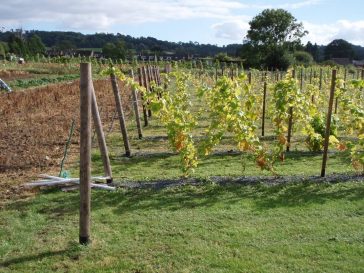 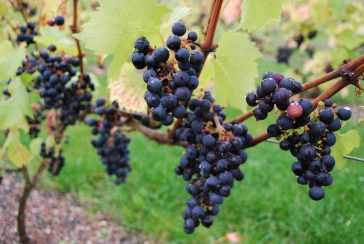 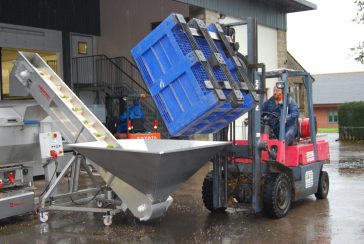 The vines are of two grape varieties, Rondo and Regent, which will produce a light red wine. It is hoped the vines will be mature enough to produce sufficient grapes to make wine at the end of the summer 2014. The vineyard was developed by The Poor’s Land Trust as a way to get more community involvement in the land; it has existed 400 years, and the plan is to ensure it lasts at least as long again. It is understood that not everyone wants or is able to cultivate an allotment and therefore it was considered a good idea to plant vines and offer people of the village the opportunity to be involved in this project. The vines were then offered up for adoption to people of the village in May 2013.

The proposal of the ‘Adopt a Vine’ scheme is that individuals pay an annual fee to the Community Vineyard which sits within the Poor’s Land Trust and in return get to name their vine (this could be your own name, that of a loved one, child or grandchild, or just a name that you have made up). The name given to the vine or its adopted parent for the year will be placed on a name plate in front of the vine. The annual fee paid by the ‘adopted parent’ would provide the person adopting a vine with an annual vineyard harvest barbeque, an annual wine tasting event and possibly a bottle of wine from the vineyard depending on the type of membership that  is taken out. Other trip and events are organised for vineyard members and these are advertised throughout the year. At the end of the first year of operation the community vineyard had over 210 of the 300 vines adopted.

The three people of the village that were responsible for organising the planting the vines and establishing the community vine adoption scheme were, Peter Butler, John Garton and Chris Morecroft.