One hundred cyclamen have been planted under a holly tree in St Lawrence Churchyard by Mickleton Young Gardeners as their contribution to commemorate the centenary of the start of WW1. 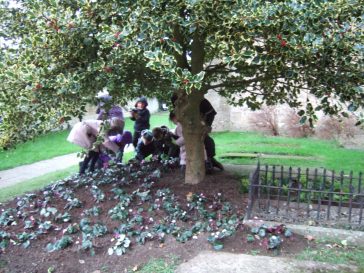 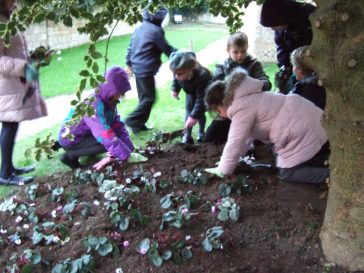 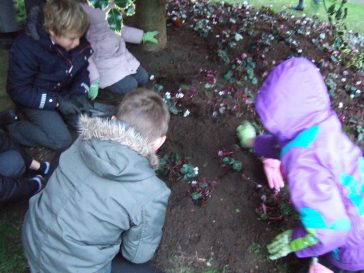 zoom
The variety of cyclamen is called 'coum'
Barry Metcalfe 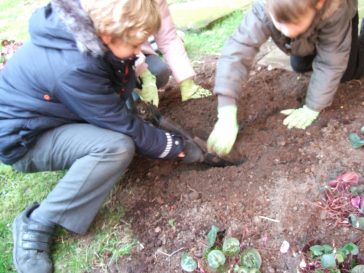 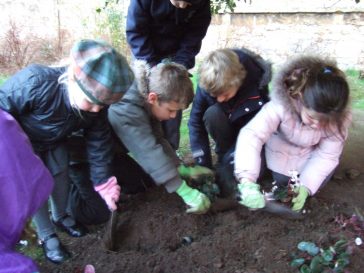 zoom
Learning how to plant the cyclamen
Barry Metcalfe 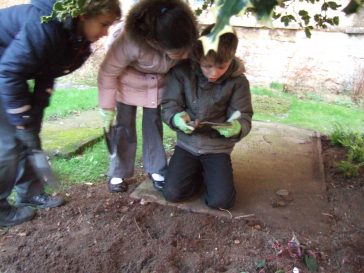 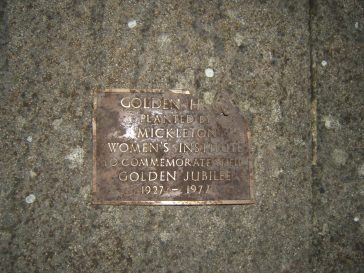 zoom
The inscription on the plaque
Joy Gill

The golden holly tree growing by the church entrance has been under-planted with the spring flowering cyclamen ‘coum’ a plant known to tolerate the shady conditions under the tree’s canopy.

These cyclamen were provided by a legacy given to the church to maintain the grave of Lawrence Johnston and his mother. Major Johnston, an army officer in WW1, was the creator of Hidcote Manor Gardens and is buried in a nearby grave. He also pioneered the use of cyclamen planting under holly trees.

Mickleton Young Gardeners are being taught how to look after the plants by Anne Metcalfe who said that “the children will help to ensure that these cyclamen will continue to flower in years to come and interestingly while they were working they uncovered some buried treasure – a bronze plaque, which recorded the holly tree’s history”

The original photographs are to found in the archive catalogue.