You are here: HomenextTopicsnext'Tea at the Ritz'

'Tea at the Ritz'

MORE than 50 villagers turned out to have "Tea at the Ritz" as part of the community archive project. People dined on cucumber sandwiches, cakes and scones at the event in The Three Ways House Hotel - home of the famous Pudding Club. 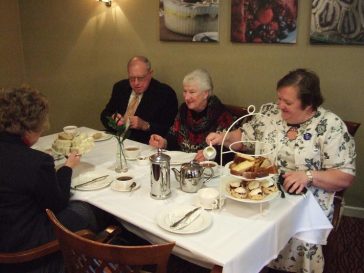 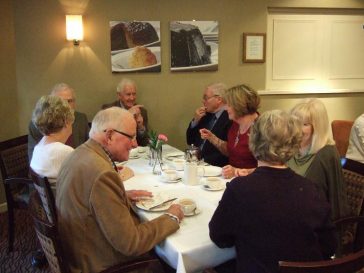 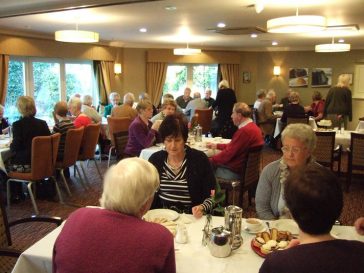 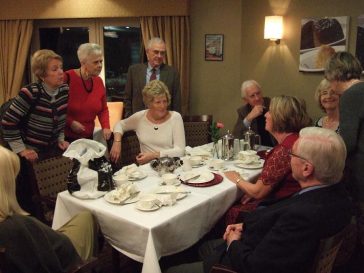 zoom
'After the tea was over'
Barry Metcalfe

Old friends remembered and memories were recalled during the event which was one of many held as part of the Mickleton Community Archive project.

The Community Archive project has created a legacy for future residents by using photos and audio which will be an online archive.

“We’ve got nearly 1,500 photographs already put on and we’ve got stacks more,” he said. “They just keep coming out of the woodwork. It’s just unbelievable.

“It’s all going very well but it’s all thanks to Barry Metcalfe. What we really want to do is get a few more people interested to go on the committee.”

Last month, a large group gathered in the King George’s Hall to hear a progress report of the work to date and old maps were displayed and many photographs laid out.

Mr Metcalfe demonstrated the website being compiled and explained how easy it is to research a subject.

The next event is taking place in the Anglican Church of St Lawrence and the Methodist Chapel.

An exhibition of artefacts seldom seen on public display before can be viewed as well as a stain glass window of the Queen’s Diamond Jubilee in St Lawrence’s Church.

There will be an organ recital and campanologists will be invited from other bell towers to join the local band of ringers.

If you are interested in recording your memories, or donating photographs or documents to the project , then please email: