You are here: HomenextTopicsnextThe Hedgehog

Way back in September 1984, the Gloucestershire Federation of Women's Institutes held a Public Affairs meeting in Chipping Campden and discussed the problem with local bus services following deregulation of bus operations – most local services had been discontinued. The possibility of locally-owned community bus services was discussed and Gloucestershire County Council offered some assistance with local projects. 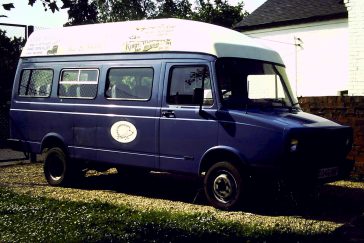 zoom
The first bus - later given to the school as seen here.
Mickleton W.I. 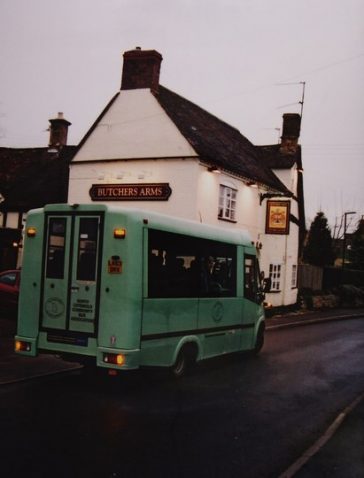 As a result of this, a meeting was organised by Mickleton WI, in the Village Hall on 25 January 1985, to discuss a Mickleton Community Bus.  Out of this was born the North Cotswold Community Bus Association, which then set about acquiring buses, obtaining local volunteer drivers, and agreeing routes and timetables.

Unfortunately, not all of the early Minutes are available, but it is clear that much work took place during 1985 with the first bus being delivered in December when the first scheduled service to Stratford was run. By January 1986 we had 8 drivers, we were operating with a bus loaned by Gloucestershire County Council and were raising funds to buy our first bus. This was delivered in December and by then we had organised a poster & bus name competition in the five schools within our operating area.

The new service gets its name

The posters were displayed in the Town Hall, Chipping Campden on 22 December. Sadly, we do not have any copies of these although we do have the names of the 21 children who won prizes.  The winning name for the new bus was submitted by Mark Lloyd of Mickleton Primary School and that name “The Hedgehog” has been used ever since.

Currently we have three modern 16 seater buses. We run from Chipping Campden to Stratford on Tuesday, Wednesday, Friday & Saturday, including different villages on different days but always going through Mickleton. We also go from Mickleton to Evesham on  Tuesday and Thursday and to Moreton-in-Marsh on Friday calling at several intermediate villages.

The buses are also available for Private Hire subject to commitments.