You are here: HomenextTopicsnextThe Women's Institute

The Women’s Institute movement has its origins in Canada in 1897. The first WIs in Britain were formed in 1915 to revitalise rural communities and encourage women to become more involved in producing food during the First World War. Since then the movement has grown and the aims of the organisation have broadened. 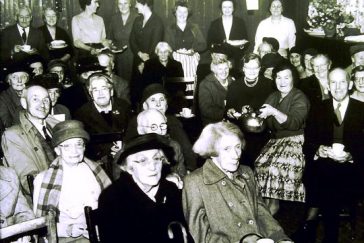 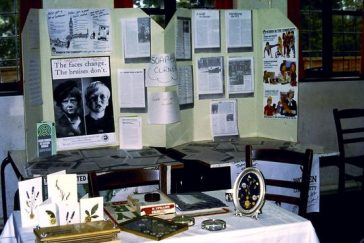 Mickleton Women’s Institute was formed in October 1927 and by the end of twelve months had a membership of 109.  Each meeting began with the singing of Jerusalem, had a social time and an educational lecture. The Institute was part of the Gloucestershire Federation of Women’s Institutes (GFWI) which enabled members to take part in county wide activities.

Every year Mickleton members organized an egg collection for local hospitals, and magazines were collected regularly for them.  From 1947-1952 an Old People’s Party was arranged and every year before the Second World War the WI organised teas for the Flower Show run by the British Legion.  The Sports Clubs’ Fetes saw the WI on tea duty again! For many years it was the backbone of village social life with members serving on village committees and supporting fund raising for many worthy causes.

From the late 1950s GFWI organised a variety of competitions for institutes to enter. Mickleton WI slide collection and Village Book were borne out of  these and it is the work of the members at that time that can be seen in these Archives.

Sadly, the institute closed in 2008.  The WI movement celebrates its centenary in 2015 and it would be nice to think that one day Mickleton will have its own WI again.