You are here: HomenextPeoplenextSam Margetts - his story

The story behind the photograph.

Whilst adding the WI collection of slides to the Archive catalogue my attention was caught by the photograph below.  The original index to the collection only gave the man’s name as Sam Margetts, so I tried to find out more about him. 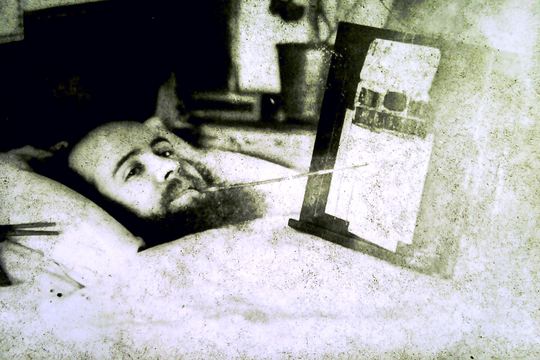 Sampson [the spelling of his name when his birth was registered] Margetts was born in Mickleton in 1852 and baptized in the parish church of St Lawrence on 16th August.  He was the youngest child of labourer, Sampson Margetts, originally from Chipping Norton in Oxfordshire, and his wife, Fanny, who had been born in Honeybourne. The census that had been taken the previous year recorded the family living at Mickleton Wood.  Their address was given as Wood Cottages, Clopton Grounds, Mickleton when the next census was taken in 1861. Sampson was then eight years old and along with his older sister Mary Ann was listed as a scholar. Only two of his brothers remained at home; John aged 14 who was an agricultural labourer and 18 year old Edwin who worked as a carter. His 55 year old father was then working as a groom. The next census, taken in 1871, listed Sampson working, like his father and brother, John, as an agricultural labourer. They all probably worked for their neighbour, Lucy Careless of Wood Farm, who was described as a farmer of 330 acres, employing 7 men and 2 boys. 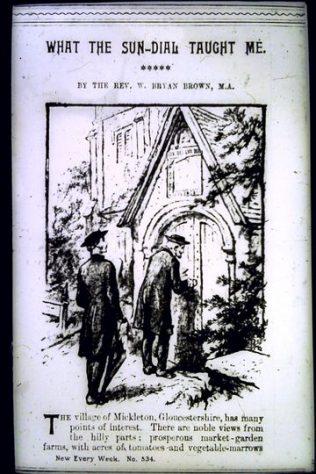 Later that year, when he was just 19 years old, Samson was injured in an accident whilst at work.  An article published in the Worcester Journal on 26th November 1887, some 15 years later, reported that he had fallen from a loft and injured his spine so severely that two years later he was unable to walk  and was reduced to lying flat unable to move his hands or feet.   Strangely the census taken in 1881 recorded Sampson, who was then 28 years old, as working as an agricultural labourer!  Following the death of his father in 1883 the same newspaper article reported that “being anxious to obtain something towards the support of the home he [Sampson] persevered till he acquired skill in the use of his mouth. Holding a paint brush between his teeth, he paints texts and mottoes on perforated cardboard. I have seen two or three of his productions and a photograph of himself at work. The former contain, not only words, but very neat pictures of a Bible, cross, crown, &c.”  These pictures on ‘perforated cardboard’ were probably embroidered. The Journal reporter went on to say, “A short time ago I read an account – I think in the Leisure Hour – of wonderful things done with the teeth or the toes by persons who could not use their hands. The case I have referred to may be added to the notable record. It certainly furnishes an example of patience, persistence, and success under sore affliction that merits generous sympathy”.   Another photograph in the WI collection is of the cover of a religious tract entitled What the Sun-Dial Taught Me written by Rev. W. Bryan Brown MA and featuring a drawing of Mickleton church porch. The original WI index stated that the tract mentions Sam Margetts.

The 1891census records that Sam was living at Mickleton Woods Cottage with his 84 year old mother and Elizabeth Alice Fletcher, described as his niece. She was 22 and acted as housekeeper. His mother died the following year.  Elizabeth Fletcher married George Norton in 1893 and by the time the census was taken in 1901 they had three children, Alice, Fanny and Edith.  George was a groom on a farm.  They lived with Sam in his cottage and continued to care for him during the remainder of his life.  He did receive some help from Mickleton Charities. In 1901, for example, the Vestry Minutes record that the Millard’s Medical Charity provided a mattress. 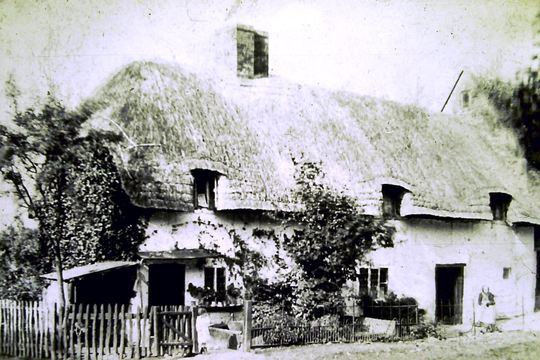 Sam Margetts died in 1913 at the age of 61.  His death was reported in the Cheltenham Chronicle published on Saturday 29th November which has provided additional information. Following his accident he had been taken to a Birmingham hospital where two operations were performed. However, in May 1873 he was taken home as incurable.  The report continued: “At times he was seriously ill, and one illness lasted seven weeks, during which time he never spoke or opened his eyes. Up to that time he had the use of his arms, and after this illness he was deprived of the use of his hands but by holding a paint brush between his teeth he was able to paint mottoes and texts on cards and to write to friends and correspondents.  By these means, and by selling his photograph, he was able to partially to support himself and his widowed mother for many years”.

So, that is the story of Sam Margetts.  I wonder if there are any of his family’s descendants living in Mickleton today?